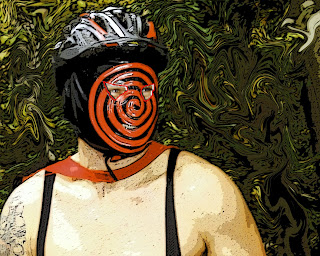 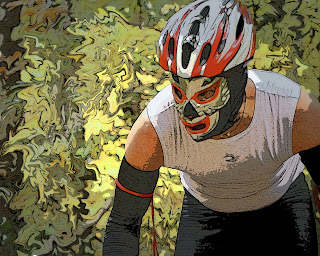 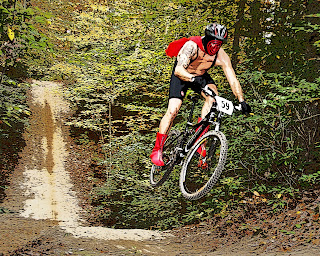 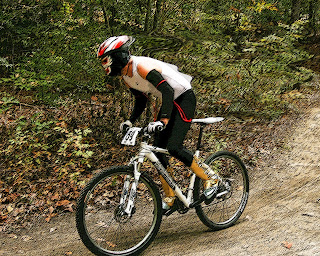 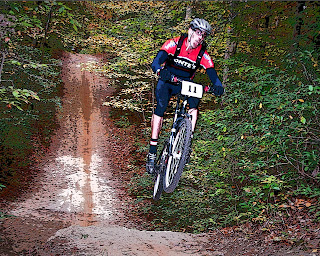 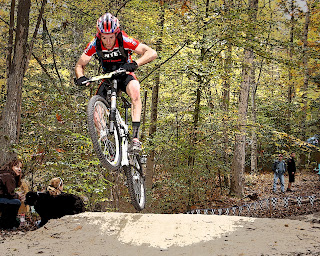 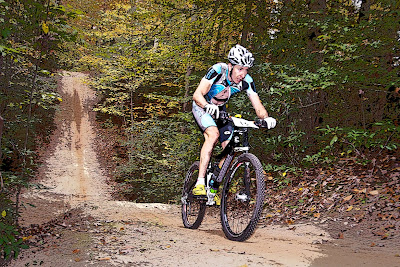 JB (older and not quite slower than ever)

Recovery Ride in the Stars

These pre-dawn rides are a bit habit forming. The chance of catching a view of the meteor shower added even more motivation.

Figured I'd see what kind of pixels I could capture with the old trusty pocket cam. 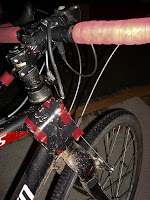 Good thing I had an extremely hi-tech lightweight mount for my Nite-Rider battery. 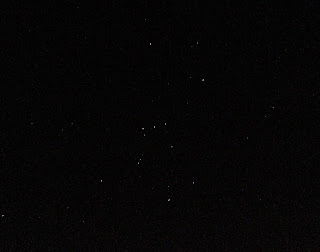 Made it to the ocean front by 5:30 or so. Cloudless night sky. The meteors were easy to find and see but hard to capture. Got a decent pic of Orion - Betelgeuse is the red star in the upper left. 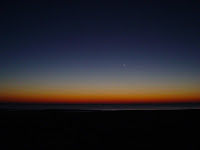 That'd be Venus the morning "star" just over the horizon. 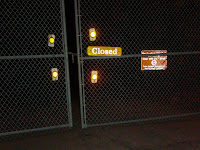 Too early to use the main entrance on the way back. 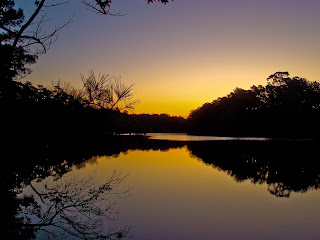 It was a good morning to get a

Wasn't long ago I drew the cold temperature road riding line at 55, then it went to 45, now I guess there isn't one. As long as you can find the right stuff to wear the temperature is relatively meaningless.

It seems the yin and yang of getting up and out for a cold ride are tilted when you are headed to a group ride. 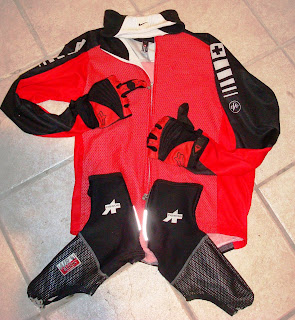 After fumbling around I found the right stuff .

Seems as though one of my gloves had an attitude about riding early. Oh well.


Pitch black, crisp chill, but no clouds or wind. That's a welcome change. Fresh smells of burning fireplaces and cloths driers in the air.

Tried to chase down Young Bill's blinkies on the way there. Fruitless. You can see blinkies for a LONG way when its dark out. 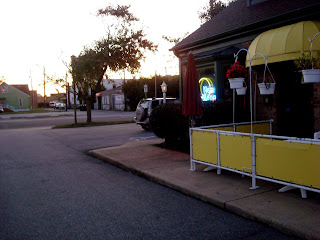 Was startled and confused to see an empty parking lot at the NewMoon when I got there. WHAT?

That restaurant is a meeting place for more than just cycling these days. 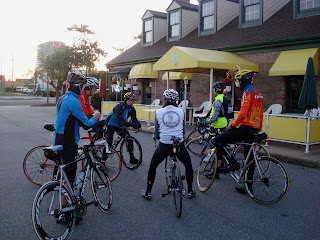 We tried to let Rick and the fast crew get away, but a red light pulled em back in.


It was a nice morning to get your 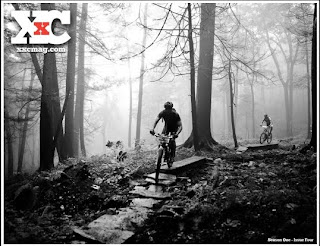 Get your tickets for Race Across the Sky. Its' a one night only showing next week.

The movie will be opened with a discussion by Lance, Dave Wiens, and I believe Travis Brown. 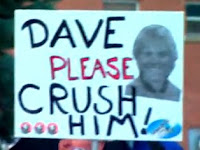 If You Build IT

They Will Come........
About seven years ago 4 guys ventured from the flatlands of Tidewater to the mountains for a weekend of riding. It became an annual trip. Word of a good thing tends to spread .......
This year the group had close to fifty.

3 days of riding - Friday through Sunday.

No registation fee, no race numbers, no stopwatch, just a bunch of people that love2ride. Rodney even sent word around to the local "mountain folk" and got some of the VaTech team to show up.

The big day was on Saturday - The Luray Classic :

It's a 100 mile jaunt through the Blueridge that entails close to 10,000 feet of climbing. Into Skyline Drive at Front Royal, drop out at Thornton Gap and down to Luray for lunch. Then a short, but brutal climb up Massanutten mountain and 25 miles back to Strasburg through the Shenandoah Valley.

We stayed and started in Strasburg. That adds about 20 miles and at least a few more feet of climbing to the classic "classic". A quick 15-20 mile warmup and we're into Front Royal for some last photo-ops.
The early part of the day was cool, misty/drizzly, and overcast. Really great riding conditions as long as you had the right layers to adjust for the downhills.
Then the climbin' started. 1500 feet in the first 4 miles up Dickey Ridge. That'll get your blood flowin'. 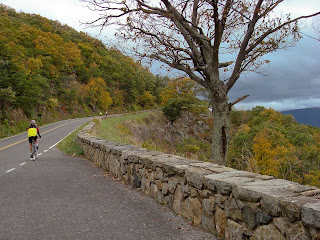 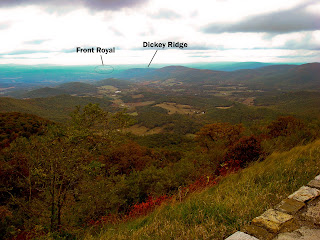 Until we peaked at Hogback mountain......

Which offered some incredible views to those that choose to look back at from whence they came ........

15 miles of rollers led to a SW-E-E-E-E-T 4 mile decent into Lu-ray (that rhymes with Blu-Ray). It made me quickly forget about grinding all those miles uphill.
A quick lunch stop where local custom dictates you must eat your soup with a straw....
Then a few miles to get the blood back in your legs to tackle the climb up Massa-Nutten (from now on known as Massa-Sumthin). 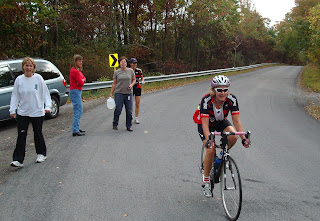 That climp (up Fort Valley Road) was short but BRUTAL. The last 1.25 miles has a pitch that steadily increases ... and doesn't let up until you get to the very top. It sure helps to have a great group of people cheering you on at the top.

Big thanks to Rodney and Rose (and everyone else that ran the SAGs) for puttin this thing together.

TJ won day 2 of Gloucester, here's a video of the "winning" move :

Was it just racing?

Page fought back to take second.

He wasn't TOO worked up about it, but it would of been nice nice to see what mighta happened if Page caught Johnson on the course.

Knife to a Gun Fight

That's how I feel even with skinny tires on our group rides.


So I guess bringin' the cross bike w/fat tires was more akin to bringin' a dull knife, no wait, a dull spoon, ya that's it...... a dull spoon.

The plan was to try and spin some soreness out of the legs today. Through the park in the dark to the 7:15er...... Meet up w/the crew, ride 20 blocks or so at warp speed. Then head back into the park to cruise around and enjoy the morning.


JDiesel dropped the hammer from the green light so I was spinnin like crazy in my hardest gear in no time. I was focused so much on just hangin' on I didn't realize we passed the park entrance 10 blocks ago, d'Oh!!

A nice recovery ride through the park followed ..... 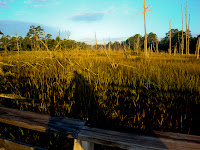 Is necessary to the practice of safe cycling. 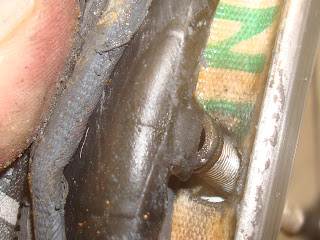 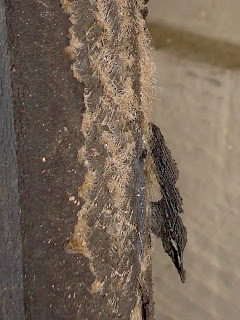 Be sure to check yours before you get your

I Feel a Little Numb

So I'm still all geeked about riding my "new" (actually 16 month old ) FS 29er. That is until I started looking at this years interbike reports, and even worse - I checked out the Specialized website.

It seems that while I've been recovering and my sweet "new" bike has been collecting dust, the Stumperjumper 29 design has also become obsolete! Hah.
Specialized has seen fit to replace it with a new (?) FS29er design : 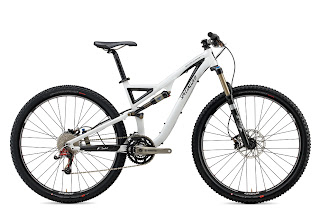 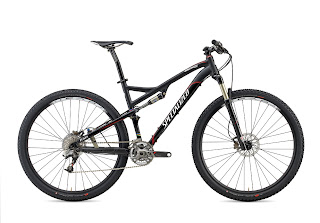 Granted there are slight differences in the tubing, but basically the designs are the same. These are now marketed under the Stumpjumper FSR Expert 29 (left) and the EPIC Marathon 29 (right).

It seems Specialized has seen fit NOT to market 29ers as a separate line, but by integrating them into currently branded models. Just go to the Specialized website and try to find a 29er - it's a multiclick easter egg hunt.

Compare that to the slick marketing done by GaryF for his new (and hella sexy) FS29er : 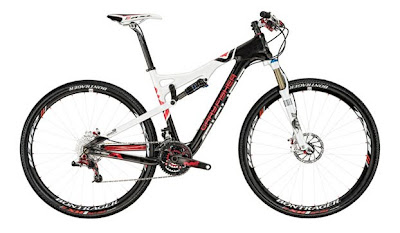 Wonder who came up with it first ...


Irregardless, based on the 5-6 hours it's been ridden, I really love the bike I have. At around 28 lbs it's not gonna win any XC races (nor would any bike in my hands). But it IS an extremely comfortable and well behaved ride. Exactly what I was expecting.

A few years back I read an Interbike review of one of the first FS 29ers. I can't remember the make/model. The reviewer was commenting about the "trail feedback" (or lack thereof) that the FS29 platform offered, and he likened it to :

"Having sex with 2 condoms on."